The Kannada Rajyostava 2016 at the CMR University was celebrated on Thursday, November 24, 2016 at the city campus.

Delivering the introductory remarks, Dr Anand K Joshi, Vice Chancellor, CMR University said, that Kannada is one of the classical languages: “Kannada is a southern Dravidian language and can be divided into three periods; old Kannada, middle Kannada and modern Kannada. There are many dialects of Kannada which varies by the geographical regions.” The Vice Chancellor further stated that the cultural, traditional and social value of Kannada must be maintained and encouraged within our homes for the growth of the language.

Addressing the gathering, Dr RK Nallur Prasad, former president, Kannada Sahitya Parishat and retired Kannada Professor, deemed that Kannada must not be restricted and conserved. Dr Nallur Prasad pointed out that the people have become enslaved to technology and hence this has adverse effects on communication: “The lack of communication will lead to the death of language. People must learn to communicate in Kannada especially in their homes for building the language further. The responsibility for the growth of Kannada lies on the new generation and I am hopeful that Kannada will thrive abundantly” he added.

Delivering the presidential remarks, KC Jagannath Reddy, Secretary of the CMR Jnanadhara Trust, listed the monthly programmes, mobile libraries and the various meetings that are scheduled in various areas across the city for growing and spreading Kannada language. 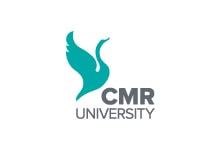